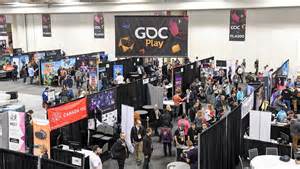 RE@L’s VP for RE@L Product Development, Don Rawitsch, recently wrote a Guest Blog for us on his attendance and presentation at the Game Developers Conference (GDC) in San Francisco last month.

Click here for Don’s previous blog on this topic.

One of his conclusions was that, with hundreds of booths showing the latest in gaming to 25,000 attendees, there was a significant omission:

“What I did not see was much evidence of educational games.”

This assessment is a great source of concern for RE@L, as well. What has happened to all the learning games that students and teachers used so effectively for so many years just a generation ago?

MECC was the pioneer in creating so many of these award-winning, student-loving, teacher preferred games. Remember any of these: Odell Lake, Lemonade Stand, Number Munchers, Raceway Math, Opening Night and, yes, the leader of the software pack, Oregon Trail?

Don Rawitsch was at the GDC to present this topic to over 250 intrigued Oregon Trail followers: “Classic Game Postmortem: Oregon Trail.”

“Not a postmortem!” we shout. Yes, but OT and its iconic ilk are not dead yet! There’s hope! Read on! Here’s the program synopsis of Don’s GDC presentation:“Classic Game Postmortem: Oregon Trail”

“‘Oregon Trail’ began as a mainframe-based game invented by three prospective teachers in Minnesota. Due to its simulation of historical events, its early use of putting the player into a story, and its unique game model for the time, ‘Oregon Trail’ became a classroom favorite, first in Minnesota, and then nationwide in the U.S. and beyond as it was converted to the initial generation of personal computers and enhanced over time. Don Rawitsch will discuss the serendipitous invention of the game, its simulation model, how it maintained popularity for a period of over 20 years, and its influence on other educational software.”

Here’s the YouTube Video Invitation Don extended to invite the GDC gamers to attend his session: Click here. Makes you wish you were there, doesn’t it? 350 OT fans loved it! 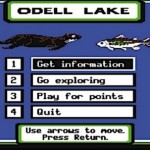 We ask you this: Why would such a successful learning game for so many years and for so many K12 kids ever need a postmortem? Were major mistakes made? 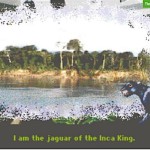 Answer: Sell it to entrepreneurs who have no sense of K12 vision, learning, and entertainment, and disaster will happen soon. It did.

The financial and educational losses were staggering. Why did this happen? It happened because there was no new, entrepreneurial sense of vision, of learning, of fun. Worse there was no sense of the future K12 needs and the betterment of their products. The so-called MECC Software “Skunkworks,” where powerful new products were born, was abandoned.

Where’s the proof of this assertion? Here we are, 25 years later, and as Don Rawitsch points out, there is still little evidence of any new or emerging powerful, educational learning games. What makes it worse is there’s never been a better opportunity for this learning tech market since Steve Jobs and Steve Wozniak sold their Apple II computers through MECC’s Minnesota State Contract. Schools today have purchased powerful tech tools, but without the plethora of trusted Ed Tech software and teaching resources needed for teaching and learning.

What happened? In short, what some might call the Great Firebird of EdTech Change was killed for it’s “golden” learning software eggs. Even sadder, this Great Firebird, known in mythology for centuries as The Phoenix, died a slow and painful death. Those who enjoyed its many exciting software game-based products, those who created them and those who played them, students, teachers, visionary programs, have long lamented their death. But wait!

The memories still abound. Take the memories of the Oregon Trail-ophiles, for example. We estimate the number to be in millions worldwide. They remember OT as if it were yesterday. They lament its loss, and even more they lament the loss of the empowering, powerful learning software products of today and the new tools that go with them.

Virtual Reality is one of those new learning tools. The next best thing to learning in the real world today is learning there virtually. Virtual Reality has become so real it can trick our brains into the “reality” of our being there. The hands-on learning is now heads-on.

The Phoenix of Gaming and Learning is on the rise again. The  J. K. Rowling series of Harry Potter adventures tells us all a similar tale of a re-emerging bird of hope and power.

The Phoenix is a powerful bird who can take us to magical places with magical powers, where we can all learn new things in new ways, even virtually!

Albus Dumbledore, Harry Potter’s friend and muse tells him, “They can carry immensely heavy loads. Their tears have healing powers.“— and so it is. RE@L knows.

And lastly from the Feng Shui Handbook, we read more about keeping our dreams of flight of mind alive:

“A mythical bird that never dies, The Phoenix flies far ahead to the front, always scanning the landscape and distant space. It represents our capacity for vision, for collecting sensory information about our environment and the events unfolding within it. The Phoenix, with its great force, creates intense excitement and deathless inspiration.” – The Feng Shui Handbook. Joseph Campbell’s classic “The Power of Myth” tells the same  powerful story. 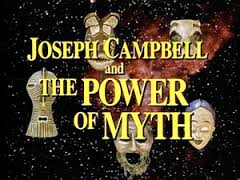 So what powerful force is rising again, flying high and far to lift the new vision and enrich the knowledge of young learning-gamers everywhere? That would be the real force of RE@L’s Phoenix of Learning. For us at RE@L, it is the force of fun and games that together cause lasting learning.

Our new RE@L software products will carry young minds and their new visions to vistas as yet unseen. They will learn about new careers in STEM and the skills they need to find them. They will use the new tech tools of today and tomorrow to craft their futures.

RE@L will help expand young minds and carry them on to more new and learning. There will be new trails and treks and voyages where new skills are learned and new vistas found.

For RE@L’s mission, we close with a paraphrase of what Shakespeare wrote in Henry VIII: ” [RE@L]...Shall star-like rise as great in fame.” From the ashes of MECC’s former greatness emerges a new force, a set of new tools, fraught with new possibilities, new destinations, new voyages and more learning. That’s what myths strive to do. RE@L makes them happen.

Was this RE@L Blog helpful to you? Vote it up or down.

If you vote “down”, please tell us why. Just click on “Comments to RE@L” below,

and we will make it even better next time! Thanks for your vote and comments![thumbs-rating-buttons]

Click on the our RE@L Blue Globe below for more information on RE@L: 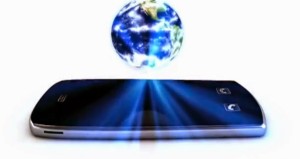