Let’s See What Wise Students, Josh and Colin, Have To Say About Vaping: “Don’t!”

At RE@L, we put all of our products through the rigors of the classroom before we make them available in the marketplace. RE@L’s learning product: 1 Up On Vaping™ has withstood the critical test of the classroom with solid, constructive reviews from educators who have used the tool in a REAL school setting with REAL students.

When it comes to vaping, RE@L believes the best answer lies with each student. Yes, teachers can help deliver the message, but the choice belongs to each student, and that’s where RE@L’s tool, 1Up On Vaping™ excels! Today, let’s hear from the most important voice in our commitment to classroom testing: students.

Thanks to Teacher, Rebecca Main (RM), and two of her students, Josh and Colin, for their insights on vaping and RE@L’s 1Up On Vaping™ online experience below. Here’s what these  two students have to say in response to RE@L’s consultant, Tacy Mangan  (TM). Read on: 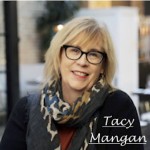 TM: Josh and Colin, tell us what you’ve heard about vaping over this last year from other students, especially since you haven’t been in school as a group.

Josh: People aren’t really talking about it that much, but it does come up sometimes when vaping is mentioned as part of an assignment. Then we’ll discuss it for a little bit.

Colin: I think it may have come up once or twice in the past year, usually in conversation. I don’t vape.

TM: It might be useful to hear about your backgrounds and interests. Why do you choose not to vape?

Josh: Yeah, I would not want to do it mainly because of the health issues involved. I feel like I don’t want to ruin myself at this age because the bad affects from vaping would be with me for the rest of my life. And also I do physical activities a lot.

Colin: I like to do athletic things. I play ultimate Frisbee and also competitive dance. So specifically, lung issues are just scary to me. They are especially scary when I think of vaping or smoking. Any inhalants can cause damage.

TM: You both have obviously learned a lot about the dangerous side effects of vaping. So, why do you think other teens choose to vape?

Josh: I don’t think they know all the health issues that go along with vaping. I think other students just see the marketing and the advertising or they see other people do it and they want to fit in.

Colin:  Yeah, fitting in would be the motive to do it, but I also think people convince themselves that they’d be doing it only once. They might say, “oh man, I didn’t buy a vape and I’m just using my friends,” like this is one-time thing, but they don’t consider that it often becomes an addiction.

TM: This is a question for you, Rebecca. We’ve heard a lot about teen mental health over the past year and how they’re dealing with being isolated, away from their friends, just not being able to live what we’ve considered a normal life. How do you think vaping enters into this scenario?

RM: Yes, I know of teens who think of vaping as a stress relief. Something that I heard through the grapevine is that with increase in mental health concerns, it isn’t just a student issue. All of us are trying to figure it out as we’re going along here. There’s been a lot of uncertainty and we’re not feeling those endorphins that we naturally get from seeing friends. That said, vaping is one of ways some choose to deal with that stress.

The other thing I’ve heard is that students and others have more access to food because they’re in their house all the time. So, it’s either one or the other, finding a way to satiate that feeling of emptiness. You’re just not as busy.

TM: Josh and Colin, the people who are going to be reading this blog are teachers, parents and adults who are always looking for insights from teens regarding this issue. What do you think are the best ways to talk to students and to people your age about vaping?

Josh: I would give them all the facts that prove vaping is really unhealthy and show everything that it does to your body. And, also tell them that it’s not a cool thing to do. People won’t think you’re the coolest person ever, they actually may look down on you for vaping.

Colin: I think presenting all the facts is the primary thing. Make it clear that vaping damages you and it’s not worth it. Everyone is different and it doesn’t work to just show teens a meme or say that it’s a trend. I don’t think that works because we know when we’re being marketed to, and we can see beyond those ads.

TM: Sounds like you want the straight information. Rebecca, do you have anything else you want to add?

RM:  These two gentlemen might actually remember back in 7th and 8th grade, we had an assignment where I gave them the actual numbers of students who anonymously said they do or don’t do specific substances. And it was such a low number that most of the kids in the class were like, really? In social media, you wouldn’t know that because they want to come across like they are experimenting.  But it turns out that the majority of teens are actually making really good choices. They just don’t admit it.

TM: So, I’m going to ask you some specific questions now about the 1Up On Vaping™ program. Was it effective? What did you think about it?

Josh: I enjoyed it. I think it was really effective because it showed the facts and how vaping works and how unhealthy it really is. I think the format of making it a game was actually engaging, because it wasn’t like reading a wall of text in a document, it was visual and I could see and make things happen. It’s stimulating, but I’m also getting good information. I really like the game.

TM: What did you enjoy most about how the content was presented?

Colin: I really enjoy the puzzle aspect and the games in which you have to figure something out and it then leads you to the answer, which is always informative. It’s really interactive. I know the students in our class considered it like a game and we took it seriously, because it was something that you interacted with and you had to solve puzzles. That made it more fun and kept you interested.

TM: Prior to the pandemic, you were able to go through the chapters with other students and then have a discussion afterwards? Was that helpful?

Colin: Yeah, I feel like it was helpful for us to discuss the same things that we learned, and then everyone sees it as something negative, which eliminates the reaction, “oh, look at me, I’m cool because I vape.” They know better.

Josh: Going through the program in a class setting helps keep everyone on the same page. I think doing it as a class made it more fun just because, like if you’ve got a friend you’re talking to about it, you get to agree or make comments about how the game works.

Josh: I think the information was really helpful and I knew some of the facts already from just being in health class, but it was surprising to see those statistics. I think it was good because I liked the range of information, and it was guaranteed that you would learn something new.

TM: One last question and this one is for Rebecca. If you look at the kind of the cross-section of young people in schools, who are the students that are having trouble with, “I think I’ll try it.”

RM: Yeah, I feel like there are a lot of different types of teens out there. Some don’t know that much and maybe are willing to try it once or twice. There are other groups that probably will try it because they know other people in their life that do it or their friends or their family do it. Having family members who smoke make it seems like it’s more normal.

Also, If you associate with people who are very social, where you feel that you are in a popular group, you will want to like reflect those behaviors “to be cool.” If you’re an outcast, or you don’t have a lot of friends. Then you would do it to feel popular. For some, it’s easier to convince yourself that those reasons are valid if you’re trying to maintain a status or if you want to achieve a status that you see in your school.

TM: All good points! Thank you to Josh and Colin for your honesty and Rebecca, thank you for being an ongoing resource and we appreciate your information.

TEACHER-TESTED AND STUDENT-TESTED! THANK YOU, JOSH AND COLIN,  FOR YOUR MANY HELPFUL INSIGHTS ON VAPING AND USING RE@L’S CLASSROOM TOOL,  1UP ON VAPING™!

WATCH THIS RE@LBLOG FOR FUTURE POSTS WITH FEEDBACK FROM EDUCATORS AND OUR MANY FRIENDS WHO SHARE THE SAME OBJECTIVE THAT WE DO HERE AT RE@L: TAKE DOWN TEEN NICOTINE NOW!

Your RE@LBlogMeisters add: The best “Student Status” is the choice that keeps us healthy and free from lifelong addiction to nicotine!