RE@L Repost: Right Here in Minnesota! A State Solid for Solid State High-Tech! A Panel of Leaders Who Helped Make High-Tech a Reality

Minnesota has a long history of creating new “high technologies” that have well-served the world, far beyond our state boundaries. MECC’s Oregon Trail is among them. Just ask those students who played it and learned from it.

The short list seen below may not seem high-tech to our readers, but it was at the time. The great inventions of today are built upon the new ideas from the past.

Here are a few Minnesota inventions that made a big difference in the lives of many, courtesy of our MinnPost publication

We have all benefitted from High-Tech in today’s world. That new High-Tech now fits into the watch many of us wear on our wrists these days. Think “Dick Tracy” if you’re old enough. 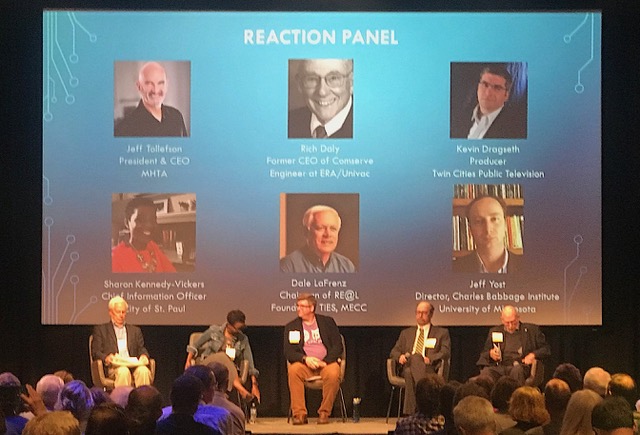 Speaking of High-Tech, hats off to Jeff Tollefson, President of the Minnesota High Tech Association (MHTA) for their efforts in helping tell the stories of how “Solid State” here in MN changed the world.

Jeff (see photo on the right) recently convened the MHTA panel of 6 well-known doers and thinkers, all of whom have helped advance High-Tech in MN. Here’s the link to the MHTA website.

Each of them has contributed to the higher-tech world we live in today.

Jeff also announced an informative series of Twin City Public Television (TPT) video documentaries being shared this week with the public at large.

as part of the MN Experience history series!

Solid State has a new vision in our state once again. Thanks to these and many other leaders who think, create and change our world for the better. 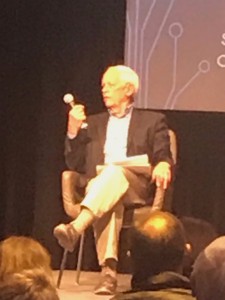 Dale LaFrenz, RE@L’s Chairman, told the audience about MECC’S  former Oregon-Trail™ pedigree. He also announced RE@L’s soon to be released new LearningProducts™. REAL has a host of coming STEM products, including a collaborative product developed with partner Moai Technologies on anti-tobacco and anti-vaping.

“Solid State” has, once again, another new vision here in MN. Learn more about it on the TPT website. There you will find the rest of our own “Solid State,” in Minnesota, and learn more about our leadership status.

Click to see and hear the TPT story below on how all this High-Tech change happened. Create your own “solid-state” in your state! It can change the EdTech for your K12 learners as it did for ours.