We are pleased to see a grass-roots, local newspaper, “The Eden Prairie News,”  also tell our story:  “RE@L seeks a new “future of educational tech.“ See the story as told by reporter, Eden Teller, the Multimedia Reporter for the Eden Prairie News. Nothing beats being a prophet in one’s own home town! Dale is still prophesying, but now with RE@L’s own EDTech.

Read Ms. Teller’s SW NewsMedia interview of Dale LaFrenz, and Don Rawitsch below. It’s a compelling story  about MECC’s world-wide, long-popular  Oregon Trail™.  (Click on the link to the right for the complete story).

You can read the article by Ms. Teller below:

“The “Oregon Trail” video game is famous for its matter-of-fact portrayal of the harsh conditions travelers faced on a journey across the U.S., from Missouri to Oregon. It was a popular educational game in the 1990s and early 2000s and is well-known for blunt phrases like “You have died of dysentery.” 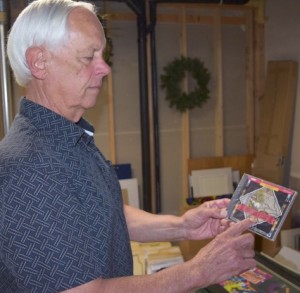 What’s less known is that it was created in Minnesota in an era when computers were still the size of RVs, and one of the people responsible for its creation now lives in Eden Prairie. Born in Minnesota, Dale LaFrenz started his career as a teacher in the Twin Cities area in 1963 and quickly realized the potential for teaching with technology. Connecting students with computers quickly became his mission.

“We took off looking for a way to get involved,” LaFrenz said. “We started evangelizing, going out to the schools.”

After co-writing several textbooks on mathematics and computing, LaFrenz co-founded the Minnesota Educational Computing Consortium (MECC) to teach technological know-how to young people across the state. He quickly hired Carleton College graduate and history buff Don Rawitsch, who had invented the “Oregon Trail” game with the help of two math majors in his last year of college. Rawitsch pitched the game to LaFrenz, who embraced the idea. Part of the reason MECC was so successful was LaFrenz’s willingness to let his employees be creative, Rawitsch said. 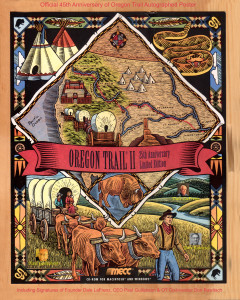 The game’s big break came when LaFrenz and MECC met up with the two famous Steves: Steve Jobs and Steve Wozkniak, co-founders of Apple.

The duo had just created the first Apple computers and needed programs to pre-load the machines when they were sold to schools. “Oregon Trail” − educational and interactive − was the perfect fit, and the game found its way into schools as they adopted Apple computers.

“We brought in the new era of education and computing,” LaFrenz said. “We grew this whole thing out of Minnesota.”

LaFrenz embedded himself in the educational technology industry for years and watched it change as the sector developed. With the rise of the internet, schools no longer needed to rely on built-in software like “Oregon Trail”, but the game maintains a wide level of recognition among those who played it. It is still available in a free online version. Click on the graphic to the right to play the old version of Oregon Trail™.

LaFrenz has moved on and is now working to find investors for his new educational technology company, RE@L, which will focus on interactive games to help students understand the impact of vaping and smoking, he said.”

Thanks to Ms. Teller for a fine story about MECC’s past that augurs well for RE@L’s future.

Here’s an overview of a promising, needed learning product on vaping and smoking. Click here.

Making the right choices early on by students can stop lasting tobacco addictions before they start. That’s what we do here at RE@L.

Our leadership team of Dale La Frenz, Paul Gullickson and Don Rawitsch, brought forth Oregon Trail™ to the world years ago.

Now we are focused on a group of new STEM-based learning products ones that will make use of exciting new  technologies to connect teachers, students anywhere. Click here for more information.

There’s much more to come!