It still takes real teamwork to get things done in K12 learning resources. The MECC teams did just that back in the Oregon Trail™ days.

Today our RE@LTeams do the same with our new array of tested LearningProducts™.  The past informs the present, they say, and so it is with RE@L. 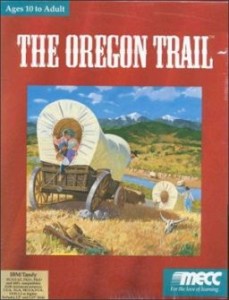 4o+ years ago, teachers-in-training, Don Rawitsch and Paul Dillenberger, along with their partner Bill Heinemann, were looking for new ways to engage the interest of their students.

As a team, they took a bold step forward, and invented a computer game about the Oregon Trail (OT) for their Minneapols School classes while student teaching in 1971. Don later brought the game with him when he joined the MECC Team in 1974.

The game was implemented on a large timeshare computer when Don Rawitsch joined MECC.

About five years later, when personal computers hit the market, MECC created new versions of the game to run on them. The learning world, as we knew it back then was changed forever. Students who played OT™ became their own trail-bosses on their long trek to Oregon.

Thosands, if not millions of kids still gladly remember OT to this day. Incredibly, hundreds of them return to events like the one told by the OT co-founders below.

Read on to see Don’s report! 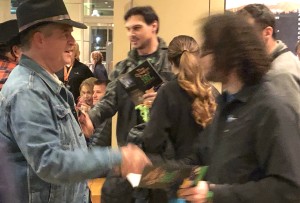 In February of this Year, Oregon Trail Inventors Greet the Crowd at the History Colorado Center

“The History Colorado Center in Denver is a treasure trove of exhibits and artifacts from the history of that state.

One important event in Colorado’s history is the migration of pioneers from the state on their way west during 1830-1870.

Over the past few years, the Center has highlighted this phenomenon by paying tribute to the computer game based on this western history known to students during the 70s, 80s, and 90s as “The Oregon Trail.”

This annual event draws 500+ people to learn more about the game they loved during their childhood and to actually play the extremely popular 1980s version on computers set up at the Center.

Beginning in 2019 and continued in 2020, one or more of the three inventors of the game have participated in the event to meet the crowd, answer their questions, and sign autographs. 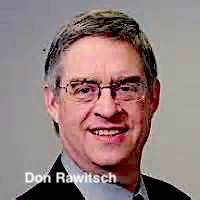 Nearly 50 years ago, these two teachers-in-training, along with partner Bill Heinemann, created the original version of the iconic educational game as a way of increasing student interest in history and computers.

The game was provided to schools, first in Minnesota and later nationally, by the Minnesota Educational Computing Corporation (MECC), once the employer of Don and several other RE@L executives. 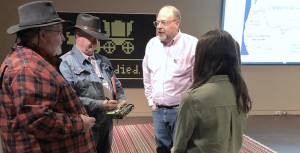 Don and Paul began the evening by standing in the Center’s entrance hallway, greeting attendees and accepting their handshakes and hugs, as they made their way to visit exhibits, the computer room, and food carts (including the You Have Died of Dysen-Cherry ice cream stand!!!) that brought back memories of playing Oregon Trail.

The two co-inventors then presented several mini-sessions on how the game was invented, how actual historical information was used in the game’s simulation model, and how math was utilized by the computer to simulate events encountered on the covered wagon journey. [Editors Note: many creative teachers used a similar strategy in their classrooms. It worked!]

At one point, five volunteer attendees were selected to play the game together by making group decisions, while Don and Paul commented and worked a computer to show the game in progress while projected on a wall.

Clearly, Oregon Trail still has many fans, as witnessed by their comments during the evening: 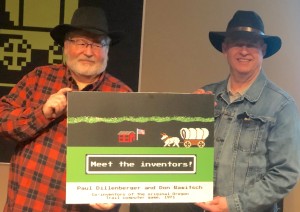 The event went three hours and many people stayed right up until the end.

There is a good possibility of a repeat Oregon Trail Night at the History Center in 2021 to mark the 50th anniversary of the game’s invention in 1971!”

RE@L is betting this memorable OT™  anniversary will happen again and again!

“It’s a Trail That Never Ends –

The Oregon Trail,” started by MECC, and

now Continued by RE@L, with more tested STEM-Based LearningTech™ products still yet to come from RE@L!

MECC led the way to innovative software with their Oregon Trail trek.