RE@L REPOST: “Off You Go Into The Wild Blue Yonder”-STEM Careers in Aviation Can Take You There!

Here’s a story about a youngster who always wanted to fly. When he learned how to draw pictures, they weren’t of the sky with birds flying around….

No, his artwork was, instead, drawings of airplanes, and with him at the controls….up far above the birds and even higher than the clouds!

Such is the stuff that his dreams were made of. 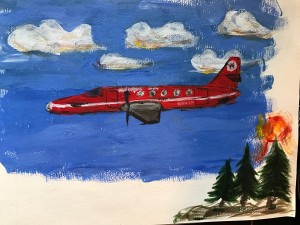 His name is Dan and here’s one of his early artworks on the left.

How do I know this? Because, he’s my son, Dan. Dan loved to draw and he loves to fly! Plus, his dreams of flight eventually became a reality.

Believe it or not, after his STEM and aviation courses were completed, he actually did fly the same airplane as the one in the painting! A reminder to our new readers that STEM refers to Science, Technology, Engineering and Mathematics.

The plane he painted is known as a “Metroliner.” It looks a lot like the one in his drawing on the left above. Dan was a pretty good artist too. Check out the photo of the actual Metroliner III at the right.

Flying is not a simple skill to learn. It takes both study and practice, he was always taught: taking off is optional, landing is not! Believe it or not, STEM courses, Science, Technology, Engineering and Mathematics can really help you learn not only learn to fly, they can help you find a career in the aviation industry.

Aviation is a growing industry that is in dire need of qualified pilots. Attritrition or retirement of senior pilots is happening at a rapid rate. Both male and female pilots are needed to fill the gap. It is a career that is rewarding financially, one where an experienced  captain can earn well over $200,000 per year.

Additionally, there are hundreds of other aviation careers that are appealing and pay well, too, for both women and men. Click on the graphic to the left to learn more.

Dan learned those many needed skills some years ago at the University of North Dakota Aviation Program, Here he earned his college degree with a B.S. in Aeronautical Science, Professional Flight and a minor in Meteorology. More on his meteorolgy in a future blog.

Dan took on various jobs in the aviation industry….from flying different aircraft to supervision of airport services, to managing jet charters. His STEM learning in school proved to be a big helper. After several years, he found an aviation-related job he loved: developing computer simulated cockpits for the military. These simulated cockpits revolutionized pilot training. 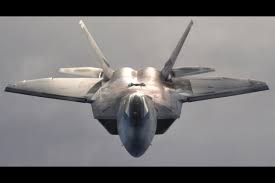 Dan has worked in this new area for many years at L3 Inc, a  company that created the first flight simulator over 70 years ago. The newest ones teach a pilot all they need to know to fly an aircraft. He greatly enjoyed helping make the cockpit simulator for the F-22 Raptor, a military fighter jet that knows no equals, anywhere. 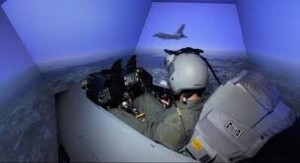 After the required number of hours on the “sim,” (as they call the computer flight simulator), you can walk to the airport tarmac and, after your checklist is completed, you’re off into the wild, blue yonder!

To learn more about STEM and aviation careers, we recently interviewed Dan. That’s Dan King’s cockpit photo on the right, below, taken as he was flying a T-1A Jayhawk military jet.

Here’s what Dan had to say: 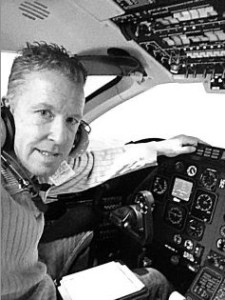 Dan: “My interest in STEM courses in school helped me to acquire the math and physics behind the laws of motion and flight. These courses helped me even more when I wanted to become a pilot. And with the help of my STEM schoolwork, I did it! and so can you, both women and men.”

“Here’s an example of how my school STEM learning helped me: I was able to apply the 4 Basic Laws of Flight that I had learned in school: namely lift, weight, thrust and drag. You need to know about all four forces to understand stable flying. The forces and how they act on any aircraft, gives you a feel for the resultant forces on any given flight profile, takeoff, enroute, and landing.“

“Both science and physics helped me a lot in my career in aviation. While I have flown airplanes before many times, I now work with Computer Flight Simulators that actually teach pilots how to fly and how to react in emergency situations. There are many emergencies you cannot replicate in a real aircraft, nor would you want to. And it can be done at a fraction of the cost, with no loss of life.”

“As hardware and software advance and mature during these flight sim developments, so does their fidelity…and the real-world feel of  flying.” 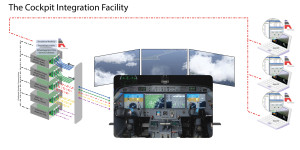 “Many thousand lines of software code make up an aerodynamic flight model. As the aero code “matures” and becomes more complex and real-world, a greater feeling of authentic flight emerges. That’s where linked computer spreadsheets were a big help to me.”

“Many hours are spent by designers like me fine tuning these models so they more completely mimic reality. But I still have to test them in a simulator-cockpit like the one shown in the video below. Do they work, or do they need more working on?” 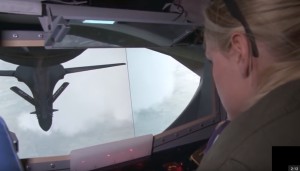 “This video shows how cockpit simulators can help military pilots learn to refuel by “linking up”to a tanker aircraft, using a long, extendable hose. Yes, it’s tricky to do, but as they say, “practice makes perfect”….and it’s a lot cheaper and safer to learn on the simulator. Click on the graphic to the right to see it in action!“ 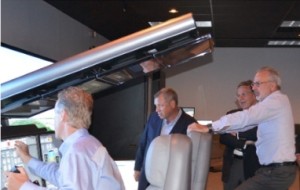 “That is where I spend most of my time...in the simulator cockpit, ensuring the software code we created matches the feel of the real aircraft, whether it was a F22 fighter aircraft or a large C17 tanker/troop-hauler, and a re-fueler.”

“That’s me on the left demonstrating how the sim works. Yes, I love my job! Check it out! You might like it too. Or, other careers in the aviation sector. More women and men are needed.”

“My advice is to start planning now and consider taking some STEM courses, too. Find out more about aviation careers on the internet”

“Be sure to talk with your parents, teachers and counselors. They can help you choose your future.”

RE@L says, “Thanks, Dan, for this helpful overview of aviation and simulators, and what it takes to find a career opportunity there.”

There are many other aviation career opportunities, too. Many require STEM courses in middle school, high school, and often college coursework. So, if you have interest, you may want to include STEM courses in your schedule. Here’s a link featuring aviation opportunities for women, called “Fly Like a Girl.” Click here to read it.

Not all jobs require STEM, however. There are many other careers to explore in aviation.  Aviation job-seekers today, both women and men, can find other work in the aviation industry…clerical, technical, repair, maintenance, design, airports….the skies the limit, so to speak.

Taking some STEM courses in K12 can be a “sky-high” help to you as you look for interesting careers, aviation included. As Dan said above, “Check it out!”

Oh! And one more thing! If you want more than “the sky’s limit,” be sure to check out The Strong Museum’s new exhibit: “Be the Astronaut.” That’s where space has no limit. Click here to see an exciting overview.